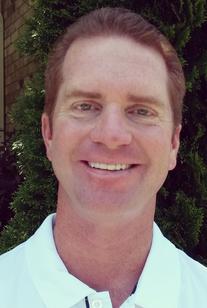 Serve It UP Tennis Academy was founded in 2010 by Todd Upchurch.  His vision was to create an after-school tennis program to give opportunities to those students who might not otherwise play tennis.  His extensive background in public park and private club tennis gives him a unique perspective on junior tennis. After 2 years, Serve It UP added a club management division to its services to help grow programs at traditional tennis facilities.

Todd began his career teaching summer tennis camps in Archdale, NC and has been a tennis professional for 30 years. He was a mens and womens high school tennis coach at Southwest Guilford HS and an assistant tennis professional at Oak Hollow Tennis Center in High Point, NC. He was the Tennis Director of Adams Farm Swim & Tennis Club in Greensboro, NC for 5 years before accepting the Director of Tennis position with the Top 20 Nationally ranked Platinum club, Carmel Country Club in Charlotte, NC. After a successful 9 year run at Carmel, Todd left to form Serve It UP Tennis Academy. Todd has been a USPTA certified Elite Professional since 1997. He is the recipient of the 1998 Mid-South Conference Coach of the Year, 1999 NC USPTA Professional of the Year, the 2008 & 2017 USPTA Southern Division "Fred Burdick Pride of the South" and the 2014 USPTA NC Industry Excellence Award.  Todd has been 2000-2002 NC USPTA State Chapter President, has held numerous positions on the USPTA Southern Division board since 2002 and served as President from 2013-2017. He currently serves as the Regional Vice-President of the USPTA Southern Division. In 2017, Todd earned the USPTA Master Tennis Professional designation, which is the highest certification possible and held by less than 180 certified tennis professionals worldwide. Todd is the very proud father of Noah (16) and Reese (14), who are also ranked tennis players. 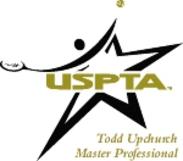